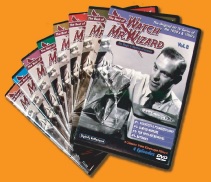 In the infancy of television, one man fully understood its value as an educational tool and put it into play. Don Herbert aka “Mr. Wizard”, provided weekly science lessons in a proactive, hands-on style that made science come alive for millions of children and adults, alike. Beginning in 1951 in Chicago, “Watch Mr. Wizard” went on to become the most popular educational film of its day. Mr. Wizard made science interesting and exciting, thereby holding a young viewer spellbound (me) for the entirety of the show – and hungry for more!

In the inaugural year, Mr. Wizard produced 28 live shows, but from 1952 to 1964, he produced 39 lives shows every season, filling an entire generation’s consciousness with the wonders of science and no doubt, inspiring dozens of then-children to become grown up scientists themselves.

Mr. Herbert/Wizard was relaxed and completely natural on camera and he came by acting honestly, having acted, directed and created legit summer theatre in college, while majoring in English and General Science. He even acted with Nancy Davis (Reagan) shortly after graduation. In World War II, he flew a B-24 bomber in 54 missions over Italy, Germany and Yugoslavia. He worked in radio and began developing what would become “Watch Mr. Wizard” in 1950. He pitched it to a number of potential advertisers, all of whom passed on it! Fortunately, a group called The Cereal Institute underwrote the first year of 29 shows. In 1952, his television presence increased with a spot on the General Electric Theater every Sunday night and the main show grew in popularity. In 1954, he won the Peabody Award and produced a color version of the show for schools.

From 1955 to 1964, his show aired on NBC and then switched to the forerunner of PBS – the National Educational Television (NET).

In 1959, his first book, Mr. Wizard’s Experiments for Young Scientists, was published by Doubleday and was eventually translated to Spanish, French and Japanese. Through the 1960s, he continued to produce science shows and was featured on virtually every late-night talk show of the day, including the Tonight Show, Today, Mike Douglas and Merv Griffin. It was the first time a science teacher had so captured the imagination of mainstream America.

Mr. Wizard worked tirelessly throughout his life, producing countless classroom science series, a complete color series of “Watch Mr. Wizard” in Canada, produced a series called Experiments for NET, had a second book published, Mr. Wizard’s 400 Experiments in Science and in 1980, wrote a second book Mr. Wizard’s Supermarket Science, published by Random House and presented with an award from the National Science Teachers Association as the Outstanding Science Book for Children. This book showed the reader how to create fascinating, simple experiments using household/grocery store ingredients, explaining the science behind them.

Since Mr. Wizard originally aired, there have been other notable televisions science teachers such as Bill Nye, the Science Guy, Carl Sagan, right up to Neal deGrasse Tyson of the present day, but Mr. Wizard still reigns supreme as the pioneer of T.V. science teaching. DVDs of his shows are available from the website http://www.mrwizardstudios.com/ and they can continue to spellbind young viewers for decades. Do your children a favor and check them out – and if you are old enough, breathe in some nostalgia as you watch with them! MjL 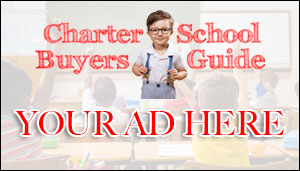