Calculators in the Classroom?

A concerned mother recently wrote to ask me if my Math Without Borders courses allowed students to use calculators. The answer is “Yes”, but not because I think students should use a crutch. Calculators, and technology in general, open doors that would likely never be opened any other way. It’s like requiring that a carpenter never use power tools. Yes, every board could be sawed by hand, and yes, it used to be done that way, and yes, the Amish still do it that way, but who, among the rest of us, don’t value our power tools? Technology is not just a crutch. It can give us wings!

“When I was in school…” we used slide rules and a book of tables for logarithms and trig functions. We spent weeks of valuable class time learning how to break down a number into its “characteristic” and “mantissa” to look up its logarithm, how to interpolate the tables to squeeze an extra digit of precision by, literally, “reading between the lines,” and then we had to learn a whole new technique to find logarithms of numbers less than 1. What most students learned from all this is how “hard” logarithms are, and what they probably missed, is how useful they are.

Today, I start the introduction of logarithms by showing students how to type in a number in their calculator and find the “log” button, or if they need natural logarithms, the “ln” button. Having mastered that, we turn our attention to solving problems involving inflation, compound interest, exponential decay, and the many occurrences of logarithms in natural processes, such as perceived loudness (decibels), perceived star brightness (magnitude scale), and the transformation of sound frequency into the musical scale. A calculator with a log button is a power tool; log tables are hand saws.

I don’t stop with calculators. Anyone who takes my classes comes out knowing how to use a spreadsheet. Spreadsheets are not just for financial
calculations. They are a way to program many kinds of problems that involve repetitive computations. Archimedes computed the value of pi to the precision of 3.14 by finding the perimeter of a regular hexagon, then doubling the sides repeatedly to find the perimeters of 12, 24, 48, and finally 96-sided regular polygons. He did all this by hand without even decimal notation at his disposal. Today, too often, students are simply told that pi = 3.14159… without any hint of how that number was determined. It would be foolhardy to make kids repeat Archimedes’ feat, by hand, but the sequence of transformations that lead from the perimeter of a polygon to the perimeter of a polygon with twice the number of sides, is actually not that difficult. It can be programmed into a single line of a spreadsheet calculation. Duplicate the calculation by dragging the row of formulas down the page and students can see the value of pi emerge, to the full precision of the numbers used in the spreadsheet. What was once mysterious is now seen as the result of a concrete series of computations. Power tools make the difference.

Students in Algebra 1 learn to solve two equations with two unknowns. In Algebra 2 they take on 3 equations with 3 unknowns, with a hint of how the process might be extended to 4, 5, or even more unknowns. But I prefer power tools. After solving a few sample problems, I prefer to have them put their effort into programming a spreadsheet to carry out the process in a systematic way for any equations that may be encountered. Once programmed, you can type in the coefficients and see the answers immediately. I walk my students through programming a spreadsheet to solve for 5 unknowns and challenge them to extend it to 10 unknowns. (I have posted videos with this pair of lessons on YouTube. Go to www.mathwithoutborders.com and scroll down to Algebra 2 for links.) By the time they have created the tool, and verify that it works, they will understand the process, probably better than students who have spent hours in repetitive drill. They have also added something to their toolkit that can make life easier when they actually need these skills in future science classes.

My favorite power tool for high school math (Jr high through college, actually) is Geogebra (available free from www.geogebra.org). If a spreadsheet is like a table saw, then Geogebra is like a router, with all the fancy attachments! Geometry and algebra are brought together in a complementary way. Anything created with the geometric tools are displayed as equations in the “Algebra View.” Equations entered algebraically are displayed graphically in the “Geometry View” as well. Algebra becomes visual and geometry becomes analytical. Raw data, from a science lab class, can be entered through the built-in spreadsheet, plotted graphically, and analyzed algebraically with a built-in statistical toolkit. Variables in equations entered algebraically can be manipulated graphically as “sliders.” Ever wonder how the coefficients in a polynomial affect its shape? Create sliders named a, b, c, d, and e, use those names for the coefficients in a 4th degree polynomial in the algebra view, then play! New insights and new questions will emerge from such play. Following up on the questions is what we call “mathematics.”

The long awaited Geogebra version 5.0 is now out! Version 5 includes 3-D graphics. You can now plot cones, cylinders, spheres, and planes with any orientation in space, see how they intersect, and spin them around to see them from any perspective. Have you heard that you can slice a cone with a plane at an angle and get an ellipse? With Geogebra Ver. 5 you can construct a cone, slice it with a plane, see the ellipse, and see the ellipse transform into a parabola or hyperbola as the tilt of the plane is changed.

I started using Geogebra heavily when I was developing the Math Without Borders Precalculus class.  I then went back and completely reworked my Geometry course to take full advantage of Geogebra, and then went on to use it as I developed my Calculus course, where it replaces tiny graphing calculators with full size keyboard and display, and more powerful software.

While being useful up through calculus and beyond, Geogebra has features that are accessible and useful even to Jr. high and elementary students. Start with simple geometric constructions. Add in the ability to perform geometric transformations: reflections, rotations, translations, etc. Add in the ability to create animations. Encapsulate a sequence of construction steps as a single new button in the toolbox. There is plenty here to keep a precocious 5th grader interested, while enabling a calculus student, or a calculus teacher(!) to both broaden and deepen mathematical insight and understanding.

Calculators. Do I favor their use in class? Absolutely. It’s not about skipping the multiplication tables. It’s about opening new doors. And don’t stop with just calculators! DC 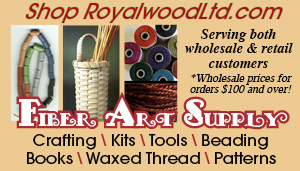 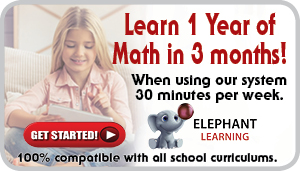 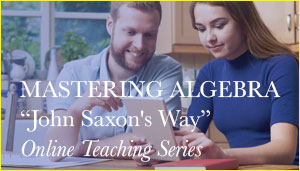